If you haven’t noticed already, I took a little hiatus earlier in the month so my posting slowed down a bit but never fear, I’m back and in popular demand. I actually stopped posting because I was down in Texas for two weeks being a live-in nanny and I thought that the child I was taking care of deserved my undivided attention. I’ll do a post about that soon because it was actually a pretty cool and enlightening experience.

I would also like to note that any posts I do about the book I’m writing would be tagged as TWE. It’s the shortened title of the book I’m working on, so just in case you’re not subscribed to/following my blog or Facebook page but still want to check in on the progress of the book, you can always come to this website, go to my tag cloud, and click on TWE.

Today I’m going to explain how I came up with the environmental concepts for the book I’m working on and you’ll get to see how I worldbuild.

What I Did Wrong

For the book I’m working on now, the idea for my story started nearly four years ago when I was a freshman and college and was too overwhelmed with my school-related writing projects to even think about working on something for fun. So I just let it sit on the back burner of my brain until I had the free time, which wasn’t until I graduated from college. Over the years, the idea of the story shifted and with each new shift, the world changed a little bit. But it wasn’t until I sat down to write out the story that the world truly started to form. That’s how I worldbuild. I build the world around the story that I have in mind and if the story changes, the world changes.

That happened to me while I was in Texas. Earlier in this month or at the end of last month, I announced that I was writing a book. I knew I was going to write the book way back in January but the announcement was a way to force myself to start writing. I wanted the Internet to hold me accountable if I didn’t deliver the goods. I was struggling with my outline and I knew I couldn’t write without my outline because I had no idea where the story was headed. I didn’t have a middle or an end. I just had a killer start and some basic (and somewhat vague) plots/storylines for my three central characters which I have now fixed. That’s part of the reason that the summary of my book that I posted read so poorly (in my opinion). It’s because I still hadn’t figured out what I was doing.

I’d spent so much time world building that I’d lost my actual story. Yes, world building is that addictive to me. It’s crazy how wrapped up I get in it. So while the child that I was taking care of was napping, I would sit and try to think up ways to fix my problem. Eventually, I came to the conclusion that I wasn’t having problems with my outline. I was having problems with my world. I’d designed a beautiful world that had one huge flaw. It was set in the future but it had no guns. I omitted guns from my world because guns could solve so many problems so quickly and I just didn’t want to have gigantic plot holes. Sorry, not sorry. But by doing that, the story couldn’t function because it just didn’t make sense. Why didn’t they have guns? And if they didn’t have guns, what type of weapons did they have? Once I started looking at older weapons, the idea of them running around with swords (even if they were fancy futuristic swords) just seemed so wrong in a world that also had hover cars. So I scrapped it all.

How I Fixed It

I stopped fighting the enviable—I changed my genres. My story went from science fiction to fantasy. I set my world in a more pseudo-medieval world. Why was I fighting this so much? Because I’m tired of reading the same thing over and over again. When people talk about fantasy worlds, they’re normally talking about pseudo-medieval Europe and once they start talking like that, it opens the doors to arguments against people of color being in stories. This in its self just doesn’t make sense. People really try to act like trading wasn’t a thing back then. Or that Europeans were the only people who were exploring other countries/continents back then.

Following that same train of thought, I was suddenly hit with the best idea ever: when coming up with the look of the world, look at what the rest of the world looked like during the medieval period. So I did and it was amazing. The rest of the world was just as developed as the Roman Empire had been before its fall. Some places were even more developed. The reason why the medieval period/dark ages looked so dreary for Europeans was because they didn’t take care of all the infrastructure and architecture that the Romans had already laid out. As things fell apart, nature reclaimed most of what humans didn’t fight for. That combined with western Europe’s climate, religious superstitions and the dumbing down of forward-thinking lead to a lot of the darker parts of Medieval Europe. The rest of the world wasn’t dealing with that, so the medieval period looked very different for them.

When coming up with ideas to help shape my fantasy world I looked at what medieval life and architecture looked like in Africa and Asia. I can’t post any of the pictures because I don’t own them and don’t want to get hit with anything copyright related so I’ve linked some in the post.

While looking at some of these places, I tried to envision what the inside of my world would look like. Game of Thrones came to mind. It’s one of my favorite shows and I love how they blend modern touches of fashion and décor within medieval settings. So looking at the color pallets for their Southern settings (which are filmed in Spain and some other country that escapes my mind) I was able to locate a style that fits my story and the world I was building around it. I discovered Moroccan style/décor. Moroccan décor is a beautiful blend of bold and vibrant colors such as gold, brown, orange, blue, and green. The colors are linked to the environment. Moroccan décor also incorporates a lot of elaborate patterns stitched into textiles and carved into wooden furniture. There is a lot of fabric and metal that gives the sense of lushness and excess that fits well with my story. And the architectural style is beautiful because it is a fusion of Arab and Moor history. 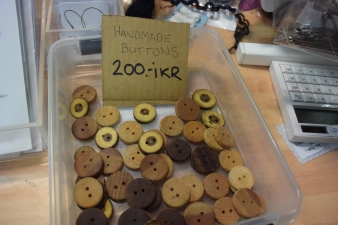 When coming up with the weapons and transportation for the story I did return to Europe although I’m trying to incorporate more medieval weapons from Asia such as the sai. We have the standard long-swords, rapiers, crossbows, javelins, and so much more. When coming up with the clothing style for the world I wanted it to be something that was different but functional. As much as I love the steampunk aesthetic, I’ve never tried to write a steampunk novel because I don’t feel like it would be functional in the actual situations that I like to write about. So I went with something that is considered high fashion right now. I looked for the tattered and layered look. Earth-toned fabric with lots of belts to hold up clothing or to hold weapons. Since the first book takes place in a warmer climate, I haven’t played with what furs would look like in this world but a lot of the clothing is asymmetrical and extremely functional. I wanted the people to look almost nomadic—a fusion of past and future. I wanted to create something that was different. When coming up with ideas for how the people would dress, I looked at clothing that had been tagged: post-apocalyptic clothing, dystopian future clothing, dystopian future nomad, costumes from the show Vikings, and the Dorne costumes from Game of Thrones.

Here comes the fun part: politics and religion. I created my own religion for this project because religion and religious superstition were so important to the story that I decided to just create my own instead of perverting an already established religion to suit my needs. In my world, Church (I call it the Cloth) and State are separated but not by much. It’s one of those situations that if the Cloth pushed hard enough, the state would become a theocracy. Speaking of the State, the State in my story is a weird blend of an Absolute Monarchy and Authoritarianism and there is no feudalism. So although this story will probably fall into the genre of dark fantasy, it has plenty of dystopian appeals as well. 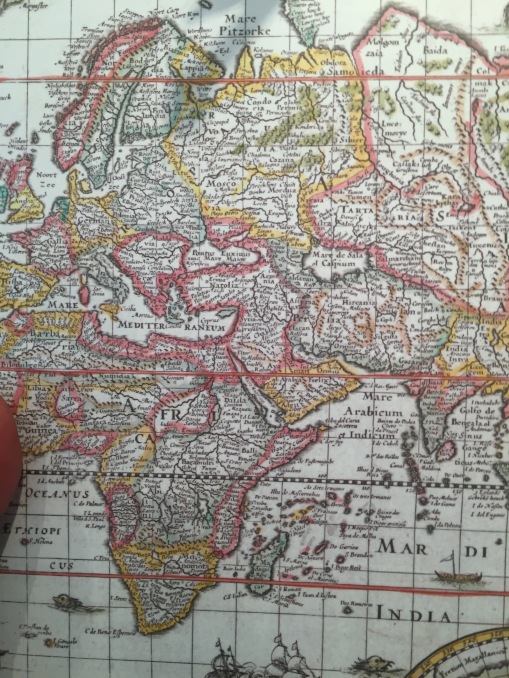 This is how my mind works. This is how I world build: one connection at a time until the world and the story work. And this version of my world works. The other day, I sat down and started a new outline and finished it within three hours. It felt great. The storylines for the three central characters changed a little bit, but the core is still there and I’m finally writing. Words have actually been typed into my document. The world is right again.

One thought on “Crafting The Look And Feel Of My World”

Hi, my name is Tyler B. Humphries and I was born and raised in St. Louis, MO, USA. I graduated from Webster University in 2017 with department honors from the Department of Journalism and Communications, a BA in Scriptwriting and a minor in International Human Rights. I’m a writer and photographer. I enjoy traveling and have been to 8 countries so far, apart from the United States: Switzerland, the Netherlands, the Republic of Ireland, Northern Ireland, Greece, Italy, Iceland, and Germany. Before I die, I want to travel to all seven continents but until then you can catch me binge-watching television shows and documentaries on Netflix.